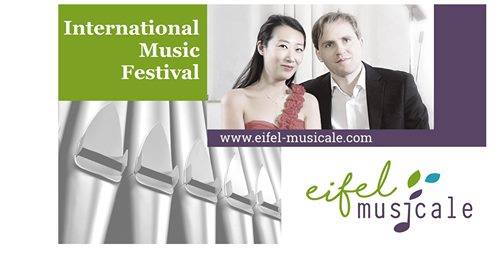 Music is balm for the soul! But it can also bring hope. Like the great composer L. van Beethoven once said ′′ Hope feeds me, it feeds half the world, and I have had it as a neighbor my life day; what else would I have become?” the national music festival Eifel Musicale starts the new year with good resolutions. In order to culturally enrich the social lock-down, the festival’s digital concert offer will be expanded with another 2 online concerts. These will be designed by the internationally renowned piano duo Xin Wang & Florian Koltun and will air at 18 pm on January 10. & 24. Classical lovers may rely on works by W.A. Mozart, C. Debussy, F. Schubert and W.A. Mozart are happy. A musical greeting to get ready for the next edition of Eifel Musicale, which will play the Eifel region from April to September 2021 with over 30 concerts at different locations.

L. van Beethoven
32 variations on an own theme in C minor, WoO 80