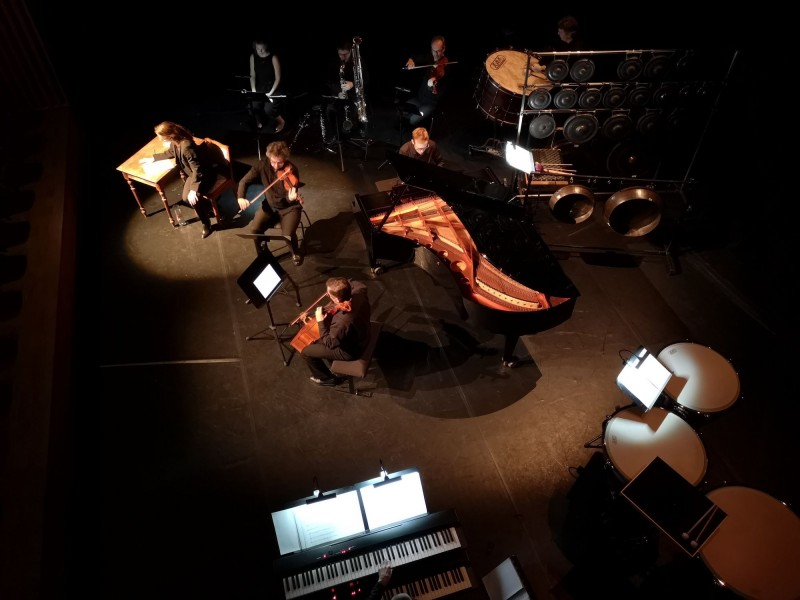 by
31 people viewed this event.
Ticket

The third weekend of September, the Maastricht city center is entirely dedicated to Musica Sacra Maastricht. The four-day festival is always based around an annually changing theme that fulfills the key role throughout the program, which consists of about 100 program components each year.

Gérard Grisey creates his own sound world with his Quatre Chants pour franchir le Seuil (four songs to cross the threshold). Music that is reminiscent of that of fellow composer Claude Vivier and that influences the sense of time. Regarding musical time, Grisey once said that “when you hear whales’ songs drawn out in such a way that what seems like an endless yawn to us is only one vowel to them.”

Grisey unwittingly composed his swan song with his Quatre Chants: shortly after its completion, a brain haemorrhage was fatal for him. In this nine-part work for soprano and large ensemble, percussion passages flank the four songs (death of the angel, death of civilization, death of the voice, death of humanity) on successively Christian, ancient Egyptian, ancient Greek and Mesopotamian texts. Four cultures that illuminate the transience of existence. “The delicate [instrumental] berceuse, which ends the cycle almost like a fifth song, is not meant to put someone to sleep, but to wake up,” said the composer.