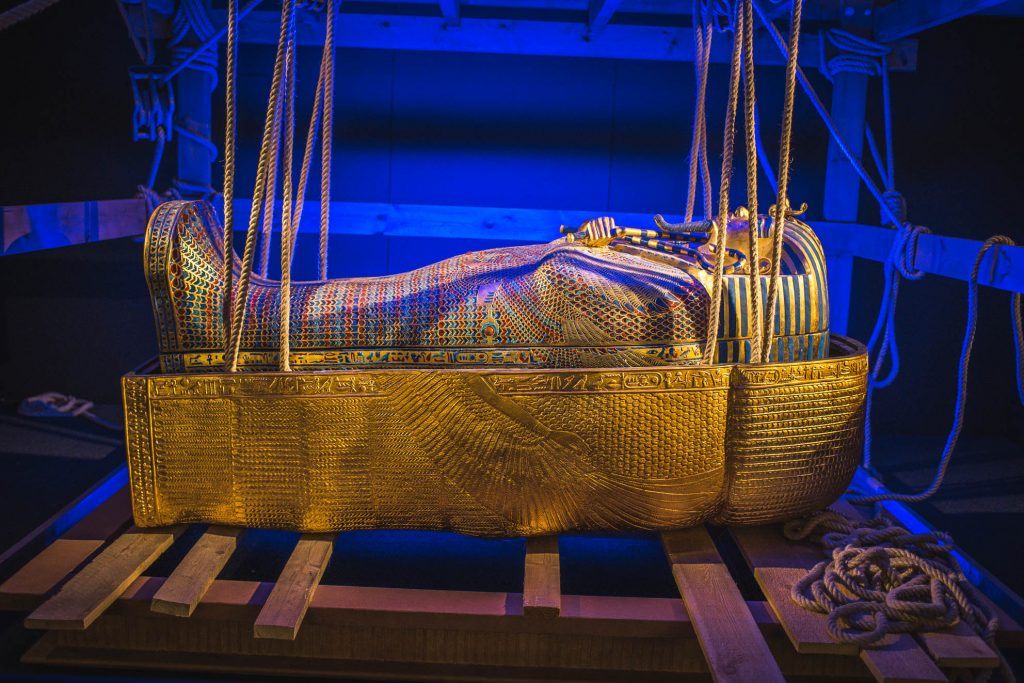 From December 14 2019 to May 31, 2020, an exceptional exhibition takes place on the most famous of the pharaohs, Tutankhamun. This major exhibition offers an innovative journey on one of the most important finds in the history of archeology and its instigator, archaeologist Howard Carter. Between archive images, rare pieces from private and international collections, technological quality, unique reconstructions and identical copies, this immersion of visitors in Pharaonic Egypt will amaze more than one.

The centenary of the discovery of the tomb of Tutankhamun (in November 1922) is approaching. Belgium, and Liège in particular, seems the ideal place to celebrate it, due to its Egyptological roots and its involvement in this scientific discipline. Thus, this exhibition highlights two crossed stories: that of Tutankhamun, pharaoh forgotten for thousands of years, and that of Howard Carter, secular archaeologist with exceptional destiny whose talent and perseverance marked the archeology of yesterday and today.

Among the centerpieces of the exhibition, let us quote the identical reconstruction of the tomb of Tutankhamun as Carter and his team found it almost a hundred years ago, as well as the presentation of all the objects present during the discovery . But still, two world firsts: the reconstitution of a room of the royal palace as well as that of the workshop of Touthmose, sculptor at the origin of the famous bust of Queen Nefertiti, the mother of Tutankhamun. 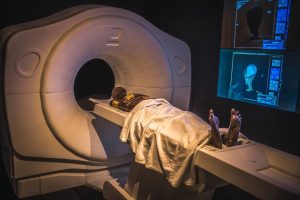 An educational approach through storytelling and immersion

One of the most fascinating aspects of the exhibition is the explanation of the archaeological methods, ancient and modern, used by specialists to study the tomb of the pharaoh. The clues which guided Carter towards his discovery, the way in which the mummy was extracted from his sarcophagus, the study of the ancestry of Tutankhamun thanks to paleogenetics or even the reconstruction of the stages of sculpture which led to the creation of the bust of Nefertiti.

What is special about this exhibition? It does not seek to exhibit the magnificence of the treasures found by Carter, but rather the wealth of information provided by this discovery as well on this young pharaoh as on all his time. And this via an educational approach in order to reach a large audience: it is through storytelling and immersion that visitors will approach this incredible archaeological expedition and its implications. Thanks to its different reading levels, the exhibition will adapt to everyone’s tastes and interests. 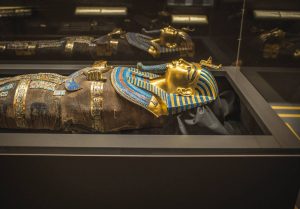